Teachable is a New York-based startup, founded by Ankur Nagpal and Conrad Wadowski The company was officially launched in February 2014.

What they do: Described as the Shopify for the educational market, Teachable is an e-commerce platform that enables teachers to create their own online schools and sell the class content to students through their own personal website.

What their USP is: Teachable believes that teachers should own their students, not the platforms. Other services in this space prevent teachers from seeing the email addresses of their students, for fear that they may defect from the paid-for-platform. Through Teachable, teachers can build, manage, and market their product in any way they want.

How they are growing: 5,000 + teachers globally …including the two gurus that made $1 million through selling their own courses to over 100,000 students.

Teachable may only be one year in operation, but it is already shaking up the billion-dollar e-learning market. And helping teachers from all industries make a lot of money along the way.

The Teachable concept is simple. Their platform enable teachers to create their own online schools, allowing them to sell their class content direct to students through their own personal websites.

The reasoning for Teachable’s break-through in this market is also quite simple. The appetite for e-learning is accelerating at an phenomenal rate, growing annually at 7.6% with revenues expected to reach $51.5 billion by 2016. Teachers naturally want a slice of the action and to tap into their ready-made audience. However, most educational platforms available are student specific, so teachers have no personal access to their email addresses. And no way of making their teaching business a real revenue earner. Until now.

Teachable, based in New York, is the brainchild of Ankur Nagpal. The entrepreneur – who made a small fortune through the creation of Facebook quizzes – identified a gap in the market for this platform when he was teaching classes through Udemy.

The first Teachable school was created for a course conducted by Conrad Wadowski, a growth hacking consultant. “I built the first version of Teachable myself..unfortunately I am only borderline technical. So we had to pretty much throw away all of the code and rebuild again,” recalls Nagpal.

Wadowski’s new school went on to generate over $50,000 in one month and he subsequently joined Teachable.

Dubbed the “Shopify” of the e-learning industry, over 5,000 teachers right across the globe are now using Fedora’s platform. 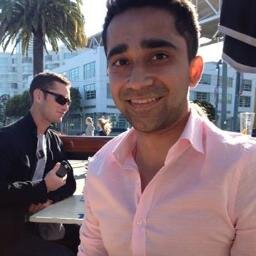 “All of our teachers now use Filestack as their primary tool to get their course content loaded onto our system. This includes but is not limited to videos, images, text files and icons. All of it runs through Filestack,” adds Nagpal. “We chose Filestack for the uploading option as we simply did not want to deal with it or build it ourselves. It is better to get someone specialized in this area to do it. We did not have to think about the process. We had the direct link and it just worked automatically.”

Five developers currently work on the platform which is now available in over nine languages.